Ooni charges Yoruba’s in California to love one another, says the tribe is the oldest in the world

Ooni charges Yoruba’s in California to love one another, says the tribe is the oldest in the world

The Arole Oduduwa and Ooni of Ife, Ooni Adeyeye Enitan Ogunwusi Ojaja II has charged the Yoruba sons and daughters residing in the State of California, USA to always show love to one another and remain united as one big family as the oldest tribe as the oldest tribe in the world

Ooni Ogunwusi who is the Spiritual leader of Yoruba race worldwide said this during Omo Yoruba Grand Reception Night organized in his honour at Doubletree by Hilton Hotel, Culver City , California on Friday 17th November 2017. 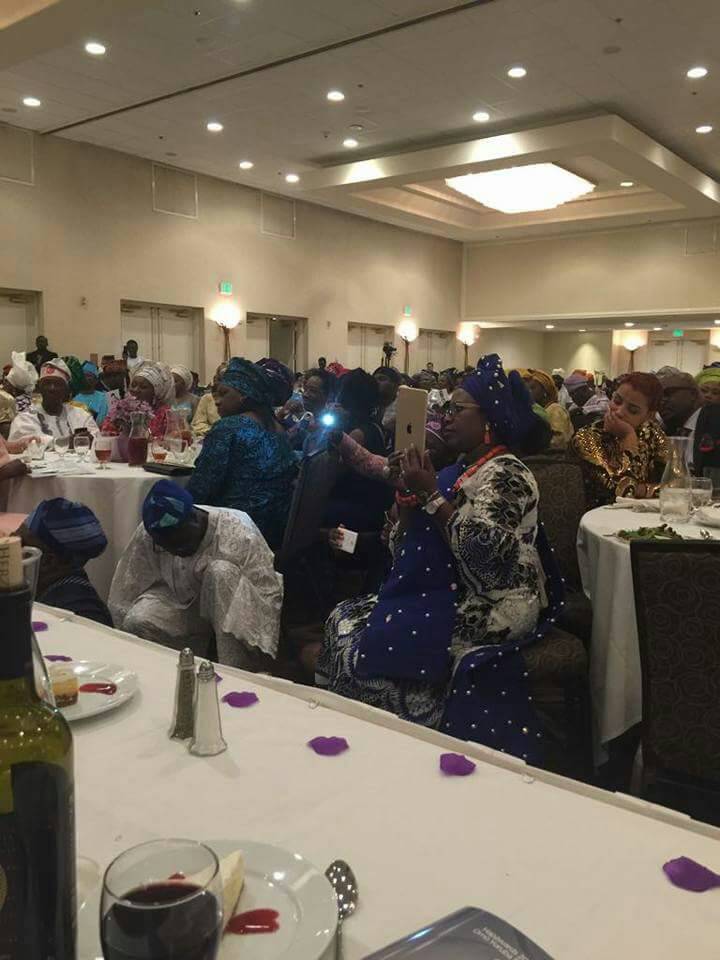 Ooni commended praised his subjects in CA who are playing positive roles in the socioeconomic system of California and praised them for coming out in hundreds to receive at the on his arrival from Nigeria and the honour given him throughout his stay with love and joy.  He urged them to always relate with one another in same spirit as children of one single father Oduduwa the progenitor of the Yoruba race.

“Am extremely happy with all of you, you are really making Nigeria proud here in California, I have been told of how several of you are positively in the socioeconomic life of this state in government, as senior civil servants, as business moguls, in entertainment and so on. Am so proud of you”.

“Please continue to be so excellent and remember that you are members of the race that God Almighty first created thousands of years before the birth of Jesus Christ. This has even been proved by the Westerners themselves through DNA and carbon dating”.

“Thank you you so much for this honour tonight, thank you for coming out in numbers to welcome us at the airport at Los Angeles a week ago and thank you for the love and joy with which you have so far treated us”.

“I want you to always treat one another in this spirit of love, joy and unity because you are undoubtedly children of one single father Oduduwa, who I represent on earth”.

He had earlier on Wednesday 15th November 2017 hosted to a dinner by world renown Artist & Painter, Davood Roostaei popularly called the King of Cryptorealism at his Rolling Road, Woodland Hill, CA 91367. coordinated by the organizers of HAPA Awards and anchored by the world famous Dance celebrity who is also a member of HAPA Awards, Michael Adegoke.

The revered monarch alongside the other guests including officials of the City of Los Angeles watched with rapt attention Cryptorealism as Davood drew and painted the king’s picture with his hand and fingertip.

He said he was so thrilled to receive the most reverenced Monarch of Africa. “Your Majesty, it is a great honour to have you here. I feel the spirit of millions of Africans, lots of respect to Africans because Africa is the source of arts. Picasso the great artist was inspired when he saw the mask of Congo, he created his cubism which is an abstract of the art of Africa. The impressionist painting defines the leader colour in Africa and the GIN of human being is from Africa. I love you all, I love Africa and I love the king”. Davood said.

There was an exchange of culture when the Ooni Ogunwusi also honored the celebrity artist and painter with a signature portrait from the Kingdom of Ife.