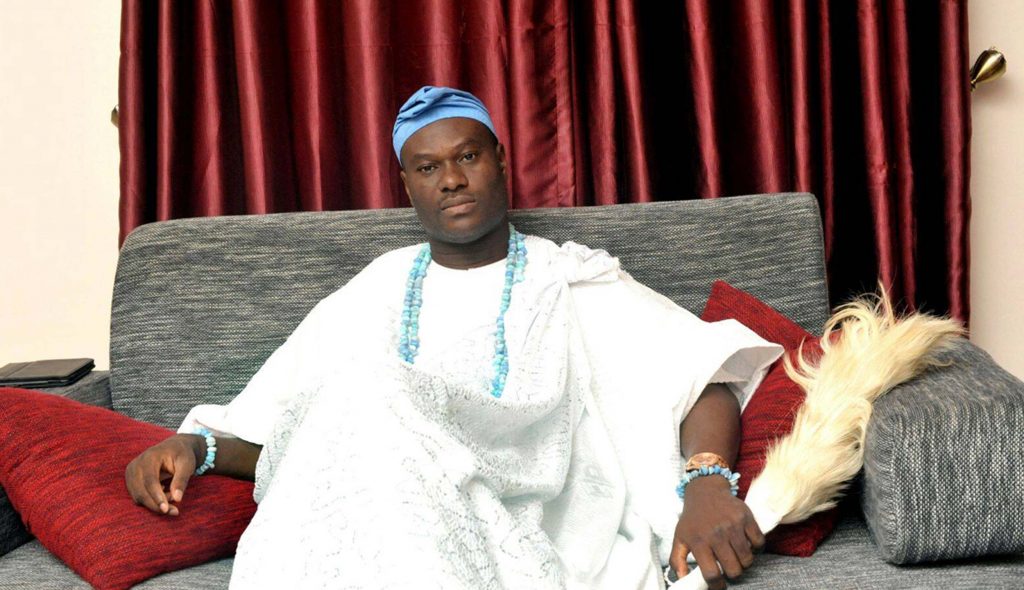 At a time the spate of violence across Nigeria seems to be threatening national security, the Ooni of Ife, Ooni Adeyeye Enitan Ogunwusi Ojaja II, offers a valuable intervention, in this interview conducted at the  Palace preparatory to a non-violence programme .  Ooni Ogunwusi who has passion for getting the teeming youths of Nigeria gainfully engaged, examines the country’s rate of violence within the context of the role of the youths and concludes that addressing the challenge is an urgent issue of national interest.

Your concern about the youths in the country is well known especially on empowerment and youth violence. How concerned are you about the spate of violence everywhere in the country?

I am indeed very concerned because if you look at the statistics of those engaging in violence all over the world, they are mostly youths between the ages of 18 and 40 years. Those formative years you don’t have proper balance. You will rarely see someone of about 60 or 80 years engaging in violence. Between the ages of 10 and 18, you will easily see people in that category engage in violence. But at above 18, you will start developing the rebellious spirit that ‘I can be on my own, I don’t want to be to taught again, I think I can stand on my own’, peer influence and all sorts of advice from bad fellowship. So it pretty much has to do with the formative years and it really has to be carefully guided.

What do you say about people being under the impression that violence is profitable and maybe somehow Government is encouraging it?

If you look at the pioneers of this country, they were not violent but they stood up to save this country and they were young men. The likes of Awolowo, Ahmadu Bello and Azikiwe among others. So my point is that violence cannot be called any other name than violence if is destructive.

In Nigeria today, over 70 percent of the youths are jobless. Nothing is moving for them, so they intend to look for the easiest way out by saying that if I decide to go against the law, I will make quick money and I can oppress other people. It is a systemic thing, you don’t just probably think violence is profitable. If they had alternatives, I don’t think they will embrace violence. I don’t belong to that school of thought, my school of thought is let the system work, let the system run, then we can separate the grain from the chaff.

Do you think Government is actually doing enough to discourage this trend because, sometimes, we have seen Government trying to go into negotiations with kidnappers, Boko Haram terrorists, hijackers, blackmailers and other criminal elements?

It is neither here nor there. When such a situation comes up, you look at the overall interest and what is the overall interest? National security. Any time national security comes in, that is when Government may try negotiating because the country is bigger than all of us but violence is simply bad. What is bad is bad. The truth is that things are not working. I think we can spin it in a different way. And the way we can spin it is for the youths to take things upon themselves and be more responsible, we should not put everything to Government. We should stand up like a united force.

If we have good leadership in terms of youth associations, I think Government will listen, but if we say we want to put everything to Government by saying they are doing less, you can’t satisfy 70 percent of 180 million people. The rate at which our population has grown over the last 20 to 30 years is in geometric progression and there has not been much plan and much provision for that rapid population growth. So it is important for us to rise to the occasion. Once we rise up to that occasion, it can reduce on a gradual basis.

At some points in your life, you may have experienced violence in one form or the other which you may want to share?

Violence is not a good thing, I keep saying it. I experienced the killing and maiming of people during the June 12, 1993 crisis and I pray it never happens again. I had to walk more than 20 kilometres, it was actually God that saved me that day. It was really bad. People got so frustrated, they were burning houses and burning people alive, I pray never to experience such a thing again.

The entire Western Nigeria was on fire, nothing was working, and everything became grounded and that was as a result of frustration, the frustration got to the peak. So, something must have pushed the youths to that level of violence. But you cannot blackmail a nation or hold a nation to ransom, if such is done, it then becomes a national security issue, and   national security comes first. It is important because that is the essence of a nation and it is a growing concern. That is what actually makes Government to bend over backwards to now readjust and say `we will negotiate’. They don’t want to negotiate but sometimes the hands of Government are tied to negotiate. But we, the youths, should we be known for that? Should we have that kind of name forever? I don’t think it is right.

We should come together at some point, some of our leaders now, played important roles in governance when they were in that age bracket. Some of them were Governors, we have seen one who became the President as a youth and he is still alive, we have seen a lot of them who were in the Parliament between late 20s and early 30s. So what are our youths doing? I will keep talking about it, because I am very passionate about it, as I have actually built a big capacity that can actually assist the youths.

The youths can do many things other than violence. The chair that I am sitting on now was actually made by some youths. That is why I am building good follower-ship among the youths so that we can work together. I am not in Government, I am just a Monarch but I am using my platform to encourage youths to quit violence.

This is a youth programme and the audience will be interested in the kind of music that appeals to you?

(Prolonged laughter) Made in Nigeria music. Like I said earlier on, charity begins at home. We are very talented in this country, Nigerians sing very good music even in Africa. We are very talented people. I have a lot of them actually. I like King Sunny Ade, Ebenezer Obey, I like old school music, the very old school music that is full of wisdom. I listen to them a lot because I learn from them.

And the music of this generation, interestingly, I like the guy that sang Double Wahala for Dead Bodi, Oritse Femi because his music makes sense but people don’t really listen to whatever he says, they just listen to the beats. But if you listen to his music deeply, it makes a lot of sense.